DJ Enyoutee of the renowned Hip Hop group Alpha Faktion announces the release of his latest compilation "Power of Words". DJ Enyoutee is the host of No Ideas Original Radio Show on 91.3FM WVKR in Poughkeepsie, NY.

No Ideas Original Radio Show broadcasts live every Saturday/Sunday morning from 1am-3am EST direct from Vassar College's Independent Radio Station on 91.3FM WVKR. NIO Radio is nothing but that raw and official Hip Hop from the old to the new every week coming through the airwaves. Submit must to NIOradioshow@gmail.com

Stream "Power of Words" below

5. Realio Sparkzwell - Save My City produced by Plague MD

8. Rap P - Make It or Take It produced by Supreme Da Almighty

9. The Bad Seed - What I'm On produced by Tensho

23. Planet Asia - Over The Airwaves produced by Plague MD

24. Starvin B - The Flame Thrower produced by Plague MD

For the Election of 2020 Arrested Development Releases ONYA

Fresh Out the Studio "Dilla Drums" by Dres & Chuck D 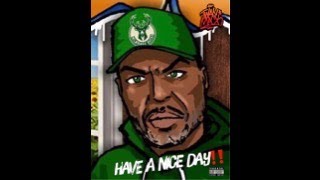 #VitalFactz: 22nd Anniversary - DMX (Flesh Of My Flesh, Blood Of My Blood)